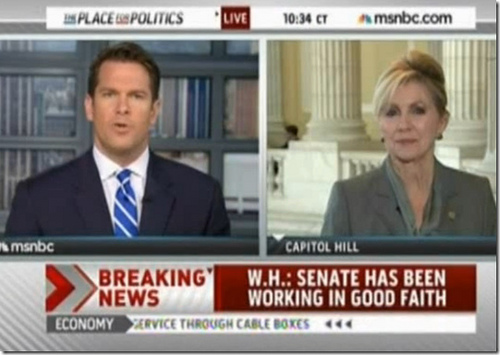 If Republicans cared about the policy at stake and the impact it will have on their constituents – instead of wasting the better part of the last 5 years on doomed efforts to kill Obamacare – they would have used the time to fix/improve it.  I mean, Democrats – chief among them, President Obama – would have jumped at any chance to make the Affordable Care Act bipartisan.

Think about it, if Republicans really believed that expanding Medicaid would be such a hardship for the states, they could have worked with Democrats on a different solution (there were more than a few on the table).  Had Republicans been willing to help Democrats expand coverage for the uninsured, I have no doubt they could have won concessions on tort reform and interstate shopping.  And there would be no need to clarify how the amendment Senator Grassley got attached to the health law impacts congressional staff benefits had the amendment been drafted and debated with an eye towards improving the law versus scoring points on Democrats.  (You know, if Congress really wants to cut costs, maybe they could stop wasting congressional resources writing and debating legislation no one intends to become law.)

No, Republicans have spent the last five years attempting to kill Obamacare for the same reason cable anchors ask dumb, gotcha questions.  Fear and anger are effective tools for driving Internet traffic, encouraging campaign contributions AND getting voters to vote against your opponent.   House Republicans didn’t retake the majority in 2010 by promising to fix the nation’s health care system.  They retook the majority by portraying the Affordable Care Act as a scary, socialistic, suppression of American freedom. (Whatever it takes to win, right?)

I mean, what happens when all of the GOP’s dire predictions don’t come true?  What happens when the Affordable Care Act is implemented and the only difference Americans see is some people who used to have a hard time getting health insurance can finally get coverage?  No, the law won’t be as revelatory as Democrats would have you believe, but it won’t be the end of Western Civilization that Republicans have foretold  -- definitely not an ill worth shutting down the federal government.

Which brings me back to my original point, Republicans don’t hate the Affordable Care Act, they hate the prospect of a midterm election in which Republicans can’t use the specter of Obamacare to frighten voters.  (Much like Democrats don’t want Paul Ryan to temper his views on Medicare any time soon, not when his past views have been so effective at frightening seniors.)

It's depressing to think about, but as long as we keep buying and supporting these arguments, can we really expect any different?

My writing is made possible by your support.  If you would like me to keep writing, please consider making a donation so I can afford to keep doing it.  Thank you, in advance, for your support.
Republicans Obamacare Shutdown Affordable Care Act
Do you like this post?
Tweet