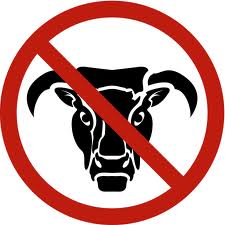 What I am trying to say is – in the rare event that someone really knows the issues being debated – fact checking isn’t all that hard.  Candy Crowley covered the President’s Rose Garden speech when he gave it and she probably reread it a few times in preparation for Tuesday’s debate.  So, when it came up during the debate, she was able to fact check with ease.

The problem is that policy expertise isn’t usually a valuable quality when it comes to spokespeople, politicians or pundits.  In fact, when hiring communications staff in DC, applicants with campaign experience are frequently considered more qualified than those with a policy expertise or background.  Reporters will tell you that this means they have plenty of places to turn when they need a killer soundbite, but, when they need a fast, fact-based policy explanation, the press office is usually the last place they will look to for help.

“But that’s not our job,” a communications colleague said to me a few year ago when I complained about the hours I was spending learning tax policy.  (The senator I was working for was preparing to introduce tax reform legislation and I was studying for the roll out.)  ”Jen, it’s the press secretary’s job to be an inch deep and a mile wide – you’re doing the job backwards.”

I disagreed.  Personally, I found that taking the time to become an expert on issues made me a better spokesperson.  Not only did I discover most reporters to be interested in facts, I found that they were usually more willing to trust me when I demonstrated that I knew what I was talking about.  And, when I knew what I was talking about, I was not only able to recognize when the person on the other side of the conversation had said something wrong, I was able to correct them before a misconception had a chance to gain steam.

I thought about this a lot during the health reform debate.  Imagine for a moment how different the debate might have been had the White House hired a certified health policy expert to be the Administration’s media point person on health reform.  For the sake of argument, let’s pretend that they hired the President’s favorite health policy writer, Atul Gawande. (Dr. Gawande isn’t just a medical doctor and respected health policy expert, he’s a gifted communicator.)

Imagine the detailed health policy explanations reporters would have gotten if Dr. Gawande had been the one responding to media inquiries about Obamacare.  Whose health policy explanations do you think reporters would have trusted more: the Rhodes Scholar/surgeon who teaches health policy at Harvard or Sarah Palin’s?  And had Dr. Gawande been on cable news the first time someone asked about “death panels” how long do you think it would have taken for the Administration to respond to the attack?  (My guess is that Dr. Gawande would have stopped the fallacy in its tracks with some skillful real-time fact checking…without so much as breaking a sweat.)

Now, of course, this all assumes that spokespeople are hired to explain policies and that cable shows want to hire anchors and book guests based on their relationship with the facts.

But, in reality, spokespeople are hired to work for people and parties not policies (unless you work for a super-wonky senator like I did). This means their job is less about promoting and explaining policies and more about coopting policy debates to argue that their side is 100% right and the other side is 100% wrong.

And, of course, when it comes to cable shows Democrat versus Republican political fights are more exciting and easier to promote, moderate and cover than a fact-based examination of the current state of Medicare or nuclear energy policy.

Yes, this all supports the contention that real-time fact checking “Candy Crowley style” is rare, but it doesn’t mean that fact checking is inherently hard or requires a special bravery to pull off.  It just means that fact checking is hard for a lot of the people currently engaged in our political dialogue.  Again, not the same thing as fact-checking being hard.